History of the old Washhouse

The old factory building is located at the Dommelstraat in the center of Eindhoven, It is on a territory of 7500 square meter, in 2008 reduced to 250 square meters. The Inkijkmusuem is located in an old washhouse that was part of the linenfactory Van den Briel en Verster.

After closure of the factory in the 60s and some years of vacancy the building was used by the police in order to stall bicycles.

Not long after, in 1974, a part of the factory is used by youthcenter Effenaar and since 1984 the cultural free-haven 2B is located at the east side of the building. Around 2000 the development of the location started. Effenaar got a new building. 2B is destroyed and ceased to exist, the garden behind the washhouse is turned into an ecological zone. The washhouse and front wall are the only original remaining parts of the factory. 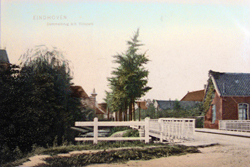 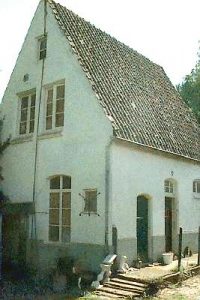